Researchers from The Australian National University, along with international colleagues, have used a combination of ocean modelling and genetic data to transform our understanding of Antarctica's ecological isolation and ocean drift. The researchers used DNA samples from kelp washed up on Antarctic beaches to trace their origin back to sub-Antarctic islands far north of Antarctica.

By modelling the drift of virtual particles in the Southern Ocean, Dr Adele Morrison and Dr Andy Hogg showed that it is possible for kelp to travel south and end up on Antarctic shores. Biologists previously considered this journey impossible, because of the strong ocean currents surrounding Antarctica that push objects east and north. 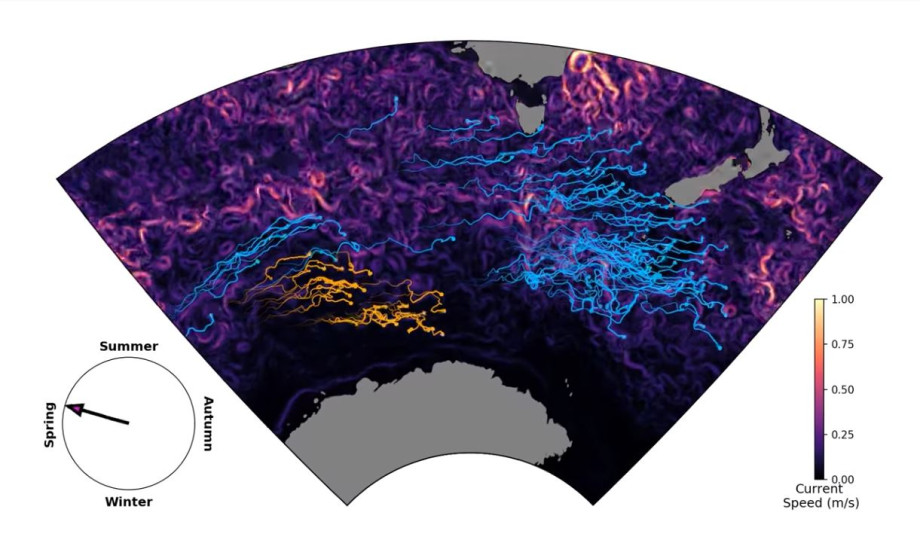 The National Computational Infrastructure's supercomputer provided the ideal platform on which to track the movement of 50 million virtual kelp particles over three years and up to 20,000 km. Combining the effect of surface waves and small scale eddies from high-resolution ocean models was essential for accurately simulating the southward drift of the virtual particles.

As Antarctica continues to warm, these frequent southward drift events mean that it may be possible for foreign species to establish there in the future, bringing dramatic ecosystem change.

The research is published in Nature Climate Change.