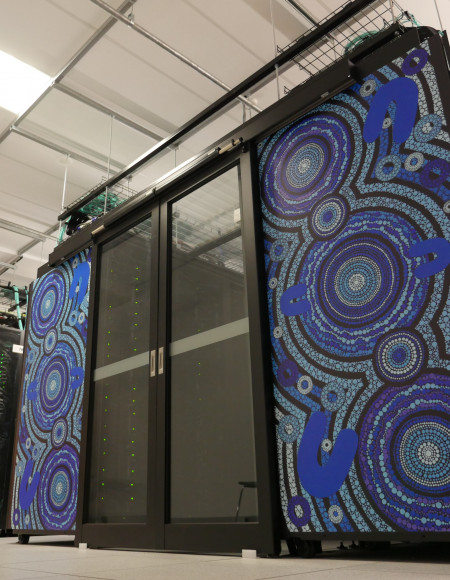 Gadi offers a 7 times increase in computational performance, and a significantly increased number of GPUs compared to its predecessor, the Raijin supercomputer. This provides significant benefits for the largest parallel codes in particular, and all users benefit from shorter queues and higher throughput.

Gadi first launched to NCI users in mid-November 2019. User documentation about the system can be found in our User Guides.

The Gadi installation was documented on our dedicated blog. Read through to see each step of the progress.

NCI’s previous supercomputer was a hybrid Fujitsu Primergy-Lenovo NeXtScale system called Raijin. Named after the Shinto god of thunder, lightning and storms, Raijin was a high-performance, distributed memory cluster with a peak performance of over 2 petaflops. 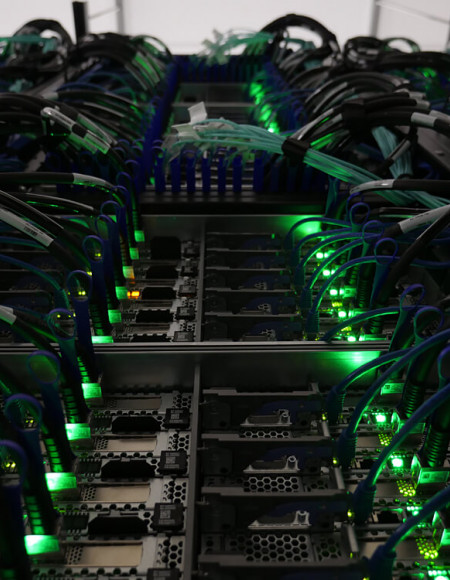 Raijin was originally installed in 2012 and entered full production in June 2013. Significant updates to the system entered production in November 2016 and again in mid-2017.

Raijin evolved from a relatively straightforward x86-based cluster to a heterogeneous one made up of many different systems. Over its operational life, Raijin was augmented with a wide variety of x86 and non-x86 based systems, including GPUs, many-core Xeon Phi processors and Power8 processors.