In 2013, Raijin became Australia’s first petaflop supercomputer, a milestone that heralded new possibilities for Australian computational research. It led not just to an increased technical capacity and the strong focus on data-compute integration that continues today, but also to a new collaborative model of funding and governance for NCI. The Raijin machine ran from April 2013 to December 2019, almost seven years of continuous operation. Over its lifetime, it performed an incredible 3 billion hours of calculations.

All of the technical innovation was steered towards furthering national scientific ambitions. From an initial focus on climate and weather, and the traditional high-performance computing tasks of molecular modelling and fluid dynamics, NCI’s range of scientific disciplines rapidly expanded to include geoscience, materials science, environmental science, astronomy and genomics, among others. Growing in concert with an expanding list of collaborating organisations, over the seven years of Raijin’s life NCI grew to support each of the major computational science disciplines in Australia in bigger and more profound ways. 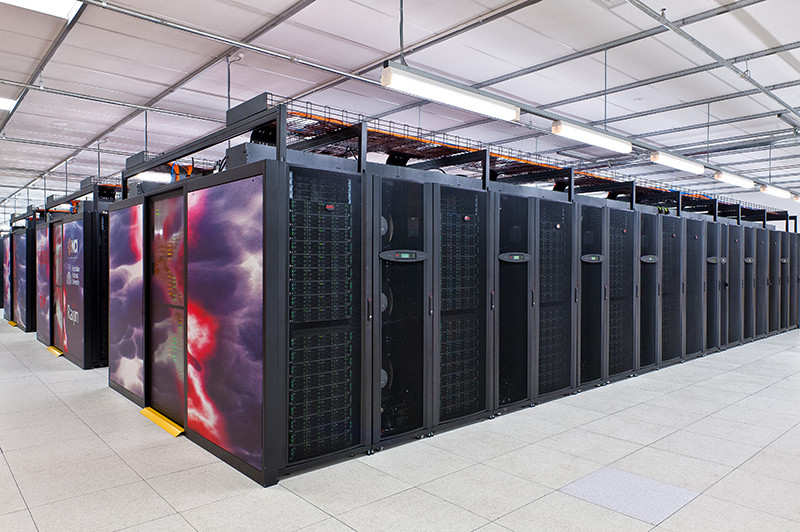 Within a few years, one of Raijin’s strengths quickly became apparent: the collocation of nationally significant research data alongside, and closely tied to, a world-class supercomputer. Still today an uncommon capability at even the biggest supercomputer centres worldwide, the availability of collaborative research data at such scales, performance and quality made a whole range of scientific enquiry possible for the first time. Earth-observation was one of the big fields to benefit from this integration, with daily observations from US, European Union and Japanese satellites being made available to Australian researchers for processing and analysis at NCI. The tight integration of compute and storage systems turned into a major differentiating factor for NCI, and a significant enabling technology for some of the biggest and most data-intensive computational projects in the country. It also allowed for the early development of data-intensive science areas such as genomics, a field of science relying very strongly on the performance of data and its deep connections to a robust computing platform for analysis and processing.

In January 2017, NCI procured an additional supercomputing cluster through the support of the National Collaborative Research Infrastructure Strategy and the Federal Government’s Agility Scheme. This cluster, several generations ahead of the one it joined, added around 30% to Raijin’s computing capability and extended its life for several years. Integrated into Raijin, the newer processors were now yet another option for researchers to take advantage of. Given its relative youth compared to the ageing original, the Agility System was retained during the Raijin decommissioning and is now providing its complement of computing power to the Gadi supercomputer.

Raijin ushered in the petascale era of computing to Australia. From its starting position at number 24 in the world, it supported nationally significant developments in weather and climate modelling, materials design and more. Hundreds of millions of hours of computing time were distributed through merit schemes to hundreds of Australian researchers, and hundreds of millions of hours more to the national science agencies CSIRO, the Bureau of Meteorology and Geoscience Australia. Spanning the disciplines and domains of science, Raijin enabled Australia’s contribution to the international science community in areas of climate change modelling, geophysics and molecular modelling, among others. Decommissioned but not deconstructed, Raijin is being repurposed in 2020 as part of NCI’s cloud computing offering.

This story was first published in NCI's 2019-2020 Annual Report. It is being republished on the 30th of July 2021 for the eighth anniversary of Raijin's official launch.