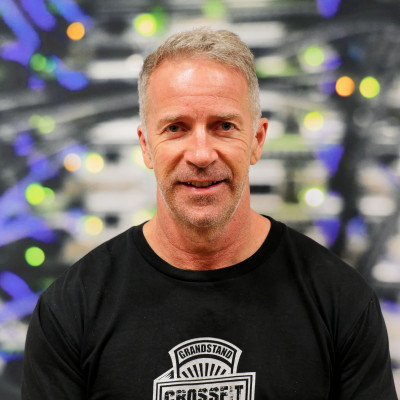 A visualisation programmer at NCI since before NCI was NCI, Drew has decades of experience producing beautiful videos and images built on scientific data and industry leading methods.

I grew up in various Queensland country towns. My field of computer graphics barely existed then, but I was always drawn to science subjects and eventually ended up doing a degree in mathematics at the University of Queensland. After the degree I still didn't really know what I wanted to do so took a job doing numerical computing and data analysis for a mathematical oceanographer at the University of NSW. This was in the mid-eighties when computer graphics was just starting to take off. After the UNSW position I worked as a software engineer in graphical mining software and as at a startup company building a computer graphics supercomputer built around Inmos Transputers, an early parallel microprocessor architecture. When that company folded I saw an advertisement at the then ANU Supercomputer Facility for a "Visualisation Programmer". My range of skills at the time seemed to be a good match for for the criteria, mathematical sciences, data analysis, programming and computer graphics so I made the move to Canberra and became, to the best of my knowledge, the first full time "sci-viz" programmer in the Australia.

Yes I am working from home, and it has been quite easy for me. I'm lucky enough to have 100 megabit NBN (fibre to the premises) so with the help of a remote screen sharing application I'm writing this document on my work desktop while sitting in my lounge room where I've taken over the dining table. The NCI VizLab visualisation programmers are always on the lookout for new and challenging projects. I'd encourage researchers with interesting visualisation challenges to get in contact with us.

I've always loved my job, the variety perfectly suits my temperament. I get to use my mathematical and computer programming skills, have access to supercomputer hardware, and work alongside world class researchers in a wide range of the sciences. Then at the end of a project produce imagery and animation that can at times be quite beautiful, as well as informative. You could say I get to exercise both hemispheres of my brain.

One unusual project that stands out was the kSpace exhibit that we built for the new National Museum of Australia back in 2001. I was part of an ANU team that designed and implemented the interactive virtual reality exhibit that invited young children to participate in designing their future Australia. We now regularly run into students at ANU who fondly remember visiting and being inspired by the experience. The exhibit was initially slated to run permanently which at the time meant five years, it was eventually retired after fourteen years when it was replaced by similarly themed kSpace2. Last time I looked at the statistics the exhibit had seen approximately 1.25 million participants, many being repeat visits which the museum were happy to accommodate.